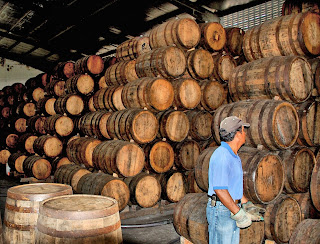 It’s a dark ‘n stormy day when the rum runs out, but lucky for all of us there will be plenty to go around a week from Friday, August 16.   This is the day we pay tribute to the currency of the Caribbean as we celebrate National Rum Day. It actually makes sense why the rum’s always gone, it’s a delicious spirit that springs from swaying palm trees and sugar white sand beaches.  The earliest rum distilling companies can be traced back to the 1600’s, when sugarcane was cultivated and its byproducts were used to create the drink. Thanks to British exploration, rum runners, and new economic trade routes, rum took the new world by hurricane. It was made famous by both pirates and the British Royal Navy, and remains a mainstay cocktail base to this day. The big difference is today, we can all enjoy this drink without the threat of scurvy.
What is the history of rum?  First distilled in the 1620’s when Caribbean sugarcane plantation slaves discover that molasses, a byproduct of sugar refining, can be fermented into alcohol   The first American distillery was opened on what is now Staten Island in New York.  The oldest existing rum distillery in the world, Mount Gay on the island of Barbados, opened in 1703.
It was best summed up by Lord Byron, “There’s naught, no doubt, so much the spirit calms as rum and true religion.”  Since its arrival on this planet, it has been the inspiration for sailor’s songs, pirates code’s and helping the world enjoy Tiki and island style parties.

This div height required for enabling the sticky sidebar

Get More Info Below